4 Things You May Not Know About Coffee in Greece

But with its traditional ibrik coffees and freddo cappuccinos, Greece is a little different to the rest of the world. So here are 4 things that you should know before you go for a coffee in this Mediterranean country.

Although the Greek economy was hit hard by the 2008 recession, their coffee industry puts other countries in the shade – something that was apparent at Athens Coffee Festival. Coffee in Greece is estimated to be worth close to €990 million, with Greeks consuming almost 66,000 tons of it in 2015. Talk about caffeinated! Simply put, people in this country love their coffee, and will drink it morning, afternoon, and night. 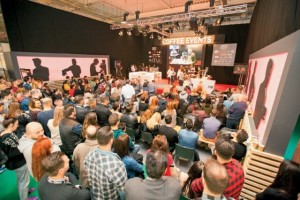 (Coffee competitions at the HORECA Exhibition in Greece. Credit: HORECA)

Cold brew may be one of 2016’s biggest trends, but cold coffee’s been around for a while. And while the Greeks weren’t the first to try this – that honour goes to Algeria – they were still one of the earliest, thanks to the accidental creation of the frappé in 1957. The Greeks didn’t stop there: they then invented the freddo cappuccino and the freddo espresso in 1993. But really, this is no surprise – have you been to Greece in the summer? It’s heaven on earth: sunny, beautiful, and far too warm for a hot drink. 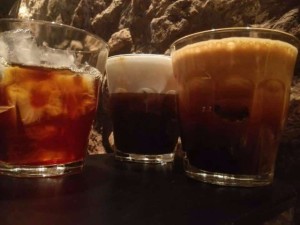 (Cool down with some cold coffees. Credit: Kostas Spiliopoulos)

Greece’s population may number only 11 million, but they’ve produced 10 world champions since 2005. They’ve done particularly well in the Coffee in Good Spirits Championship and the Cezve/Ibrik Championship, reflecting their traditional culture and love of a fun time – but we think their Barista Champion holds the potential to be a rising star too. In fact, one judge at Athens Coffee Festival told us that they were “so happy to witness firsthand the Battle of the Titans”. 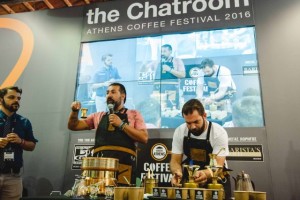 In times of economic hardship, you might expect people to hold onto their money tightly. But in Greece, people are keen to help others whenever they can – and the “on hold” movement is a prime example of that. In coffee houses, grocery stores, and more, consumers are volunteering to purchase more than they need – and then leaving their extra goods behind. The receipt is kept in store and then people who can’t afford to buy it can come in and receive the product for free. It’s easy, simple, and brilliant. And with over 500 businesses in 60 cities all across Greece participating in the scheme, it’s far from a fringe movement. 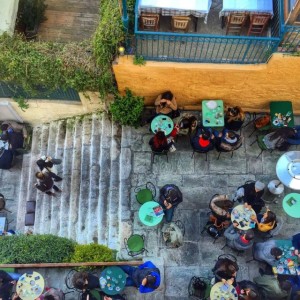 (Greek coffee culture – there’s more to it than you might think. Credit: George Parisis)

There are many reasons to visit Greece: the stunning natural beauty, the incredible history, the friendliness of the locals. And their coffee is just one more thing to add to the list.